Its medieval tower overlooks the winding cobbled streets, whilst its mediterranean climate favors the growth of mimosas (blossom in February), orange lemon and tangerine trees. 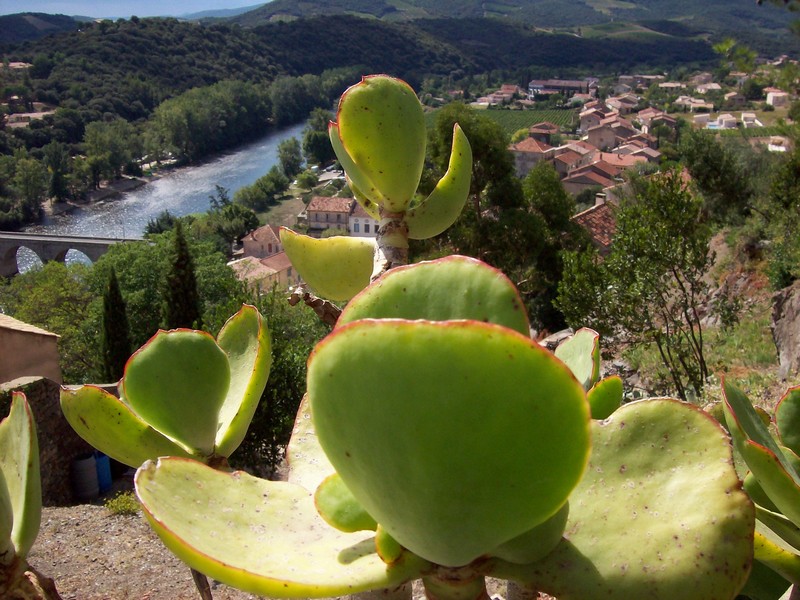 This mediterranean garden Shaped of stone terraces displays a collection of over 400 mediterranean and exotic varieties, amongst which the prickly pear, jujube, arbutus’ and the Japanse medlar junipers.

In Occitan : “Sanch Inhan”. Since 1982 the vineyards of Saint-Chinian are certified, AOC and represented by some twenty villages. The vineyards lie to the South-East of Saint-Pons and produce some of the region’s best wines. The village in itself is typically picturesque and stretches itself on both sides of the Orb and the Verzanobre rivers and is set off against the Caroux and Espinouse mountains.

In Ensérune, lie the still very illustrative remains of a fortified city where several overlapping layers of pre-Roman civilization were discovered. The Oppidum dominates the plain surrounding Béziers of which this settlement is the main attraction. The museum is built on the site of the old city and exposes the archeological finds describing everyday life from the VIth century BC to the the Ist century AD. Check out the view over the ancient pond of Montady, drained in 1247 and offering a spectacular view. 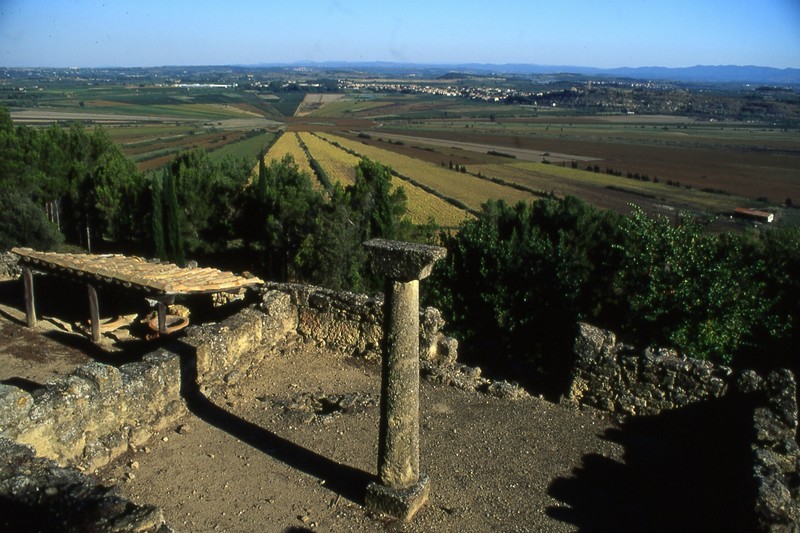 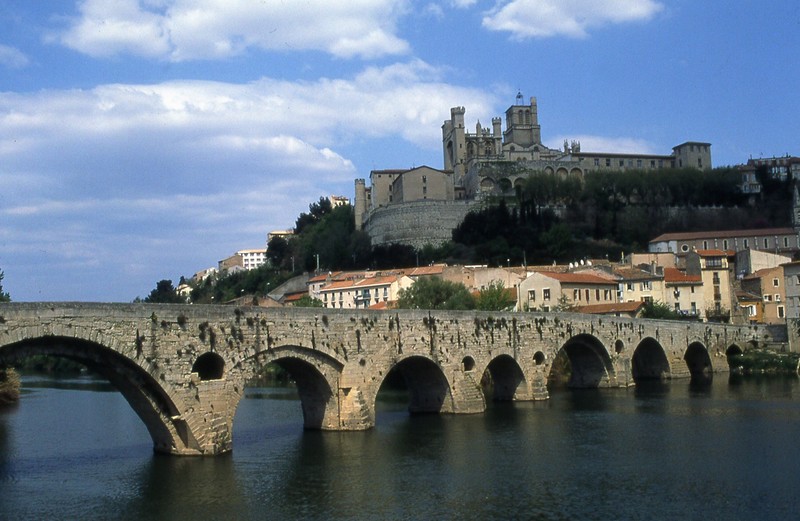 The town is built on a strategic spur, surrounded by stairs and dominated by a magnificent cathedral. It’s well known to wine amateurs as the capital of the Languedoc vineyards. Others recall Béziers as being the birthtown from the engineer of the Canal du Midi ; Pierre Paul Riquet. And last but not least, for its ‘Feria’ in August, when the whole city just bursts of festivities.

Its udisputed techinal prowess alone could account for its success but that’s forgetting its beautiful banks, the calmness of its flow, as are the many interesting sights along its course taking one throughout the Languedoc, from the "Méditerranée" to the "Lauragais", along idyllic landscapes, historical towns and beautiful monuments. 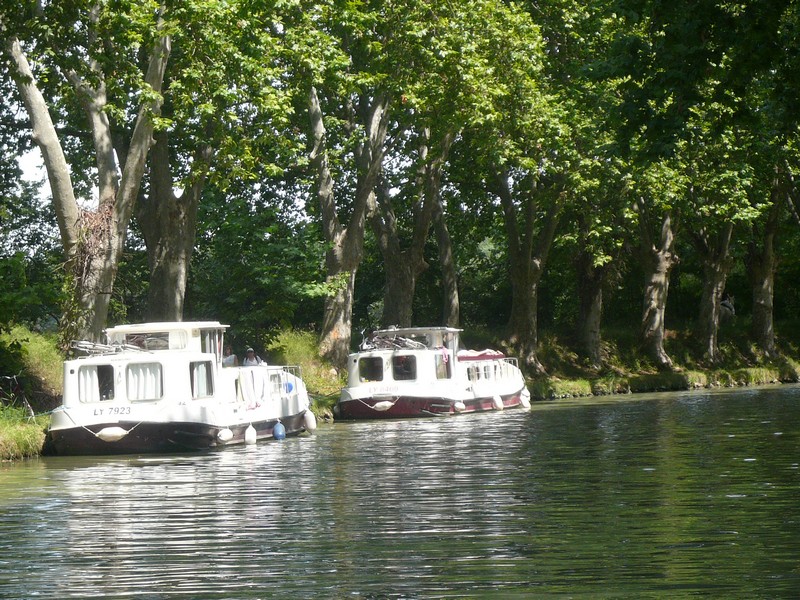 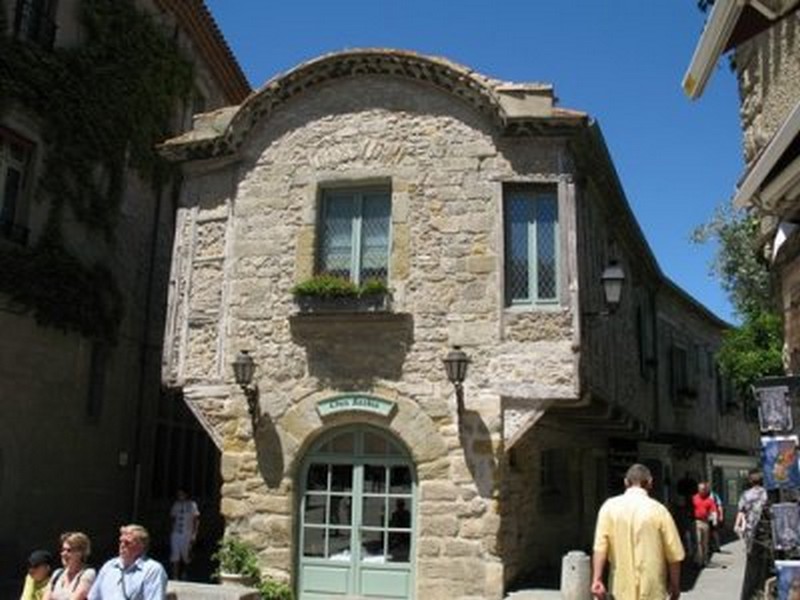 What marvel! The view of the city looking across the surrounding vineyards set off gainst the Corbières countryside is absolutely breathtaking.The Canal du Midi was classified World Heritage Site by the Unesco in 1996, Carcassonne obtained the same honour in 1997. The city leaves a lasting impression to anyone having strolled through its little passages or along its city walls or paid a visit to its castle.The city of Carcassonne is Europe’s largest fortification. It consists of a fortified center, the Comtal Castle, and a counterpart surround : the outward wall has fourteen towers and is separated from the inner wall (that counts 24 towers) by the promontary. 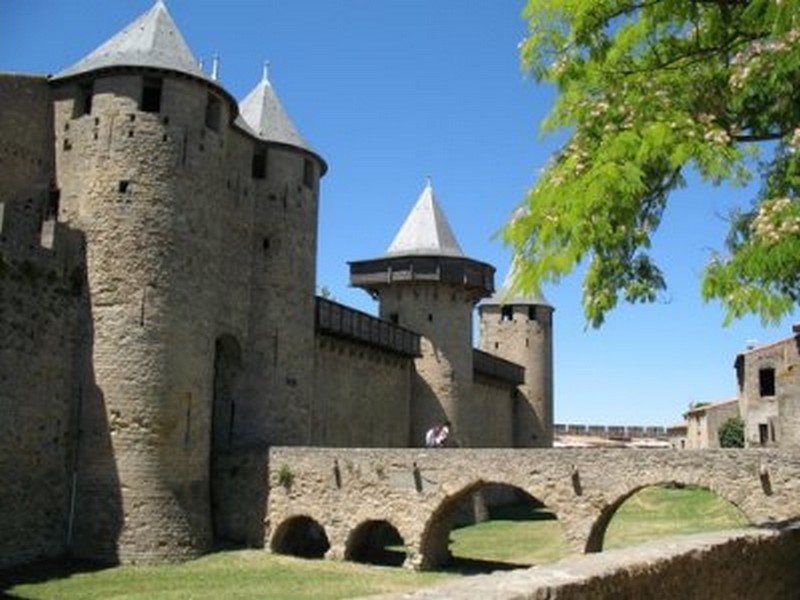 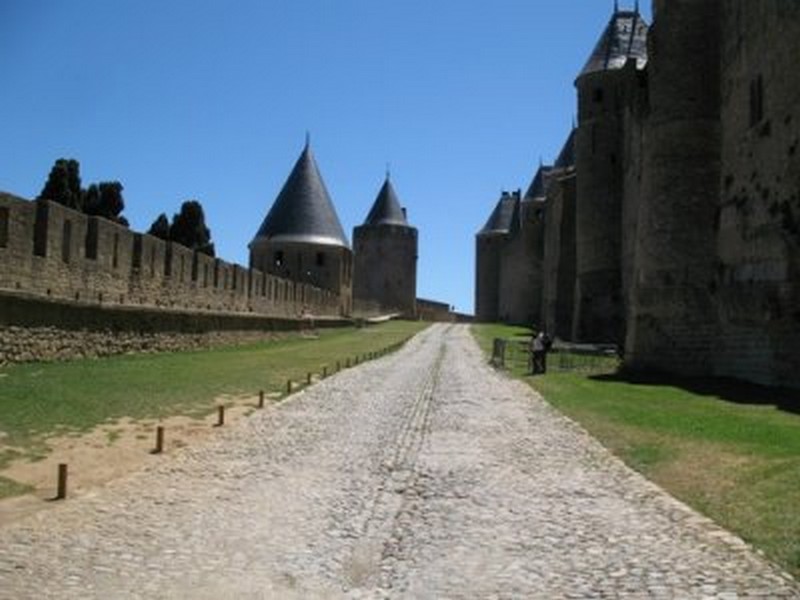 Castres was a flourishing city kown for its textile industry, as testify the ancient weavers, dyers and tanners dwellings, rising up on the riverbanks of the Agoût. The city now posesses an illustrious museum, called the museum of Hispanic Art. The plans of the building were drawn by Mansart ; the plans of the gardens were made by le Nôtre. The museum possesses an exceptional collection of works by Goya. All around Castres you will discover the wonderful landscapes as the Sidobre, the Montagne Noire or the Mountains of Lacaune.

The monumental granite quarries reveal the economic aswell as touristic importance of the Sidobre. Its characteristic landscapes of granite rocks, are a result of erosion. Those enormous blocks of rock balanced off against one another, looking like a river of rocks,are called ‘compayrés’, and form the main attraction of the Sidobre. 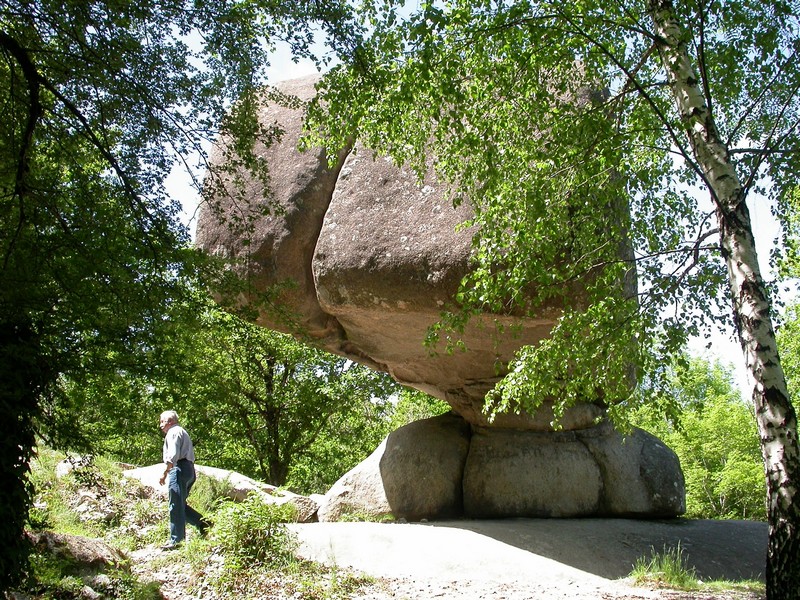 The town holds many thermal wells, and some amazing walks are to be made through the surrounding mountains or the green Gijou valley. Our Belgian tourists will be pleased to discover the fountain of the pissing boys placed on the Griffoul square, in the town’s centre, possibly a reminder of their homeland!

Lamalou’s thermal activity was first recorded in the 13th century, when the healing propensity of its water was discovered. The town’s also a great outset for excursions to the Caroux, as not less than fifteen springs stream through the geological gulches cutting across the valley. The springs’ water is full of iron and contains sodium, calcium, potassium, magnesium and carbon dioxide.

Is an ancient protected townscape renowned for it’s medieval residences and town houses of the 17th and 18th century, better known as the town of Molière, the famous French playwright. The countless museums as the Toy Museum, the Historic Door Museum and the Boby Lapointe Museum (French singer song-writer), art galleries, craft workshops, antique dealers, book fairs, the Molière scenovision using 3D and surround technologies, a throwback in time. Open studio evenings and wine fairs will be sure to fill your summer evenings.

Wild vegetation majestically coveres its coloured rocks. The circuit will take you down from the river that springs from the high rocks to the the placid natural pools, the largest being the ‘Cherry Abyss’. Why not have a pick-nick on the waterfront and admire the magnificent Farrières circus overshadowed by needleshape cliffs. There’s a choice out of two options : Active people will enjoy a 3-hour walk back and forth right through the great canyons.

At the end of the excursion lies Heric, a tiny Hamlet with slate roofs. Others may prefer to go for a stroll, or swim and take in the amazing surroundings. The mouflon watchings have been orchastrated to enable observation of these representative species of the Caroux. 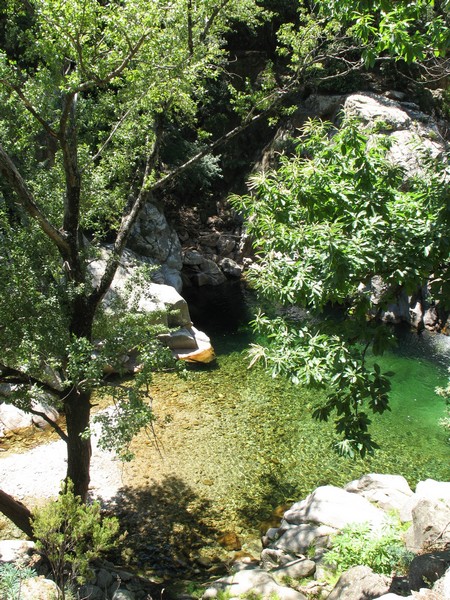 On the right bank of the Orb river at the foot of the mount Caroux beautiful lagoons and amazing views can be easily reached and do not require too much effort. This impressive natural spot is ideal for confirmed hikers and offers a 13 km track with a 600m gradation.